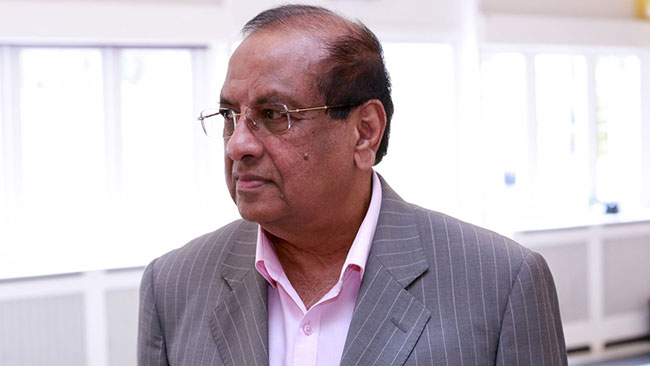 A Sri Lankan doctor who specialised in treating the elderly has died after testing positive for Covid-19 in the United Kingdom.

Anton Sebastianpillai, who had a long association with Kingston Hospital in south-west London, died on Saturday, four days after being admitted to the intensive care unit, a spokeswoman said.

The consultant geriatrician, who qualified as a doctor in Sri Lanka in 1967, finished his last shift on March 20.

A spokeswoman for Kingston Hospital NHS Foundation Trust said: “It is with great sadness that I confirm the death of a consultant geriatrician who was part of the team at Kingston Hospital.

“Dr Anton Sebastianpillai died on Saturday having been cared for in the hospital’s intensive care unit since March 31.

“We would like to extend our sincere condolences to his family.”

Dr Sebastianpillai trained at the Peradeniya Medical School in Sri Lanka and qualified in 1967, according to the institution.

In an obituary notice, he was referred to as a “distinguished alumnus” who had authored an illustrated history of Sri Lanka.

Acting Liberal Democrat leader Ed Davey tweeted it was “very sad news” and said he had been “privileged” to meet Dr Sebastianpillai, calling him a “hugely respected” consultant and author.

He tweeted to say he was “hugely respected as a consultant and author” who he had been “privileged” to have met, adding that a book the doctor had written about the history of Sri Lanka was “world class”.

“My thoughts are with Dr Sebastianpillai’s wife and son,” he added.

Sri Lankan High Commission in London has hailed him as a “distinguished alumnus” of Peradeniya University’s medical school, and tweeted to say it was sad to learn of his death.

The Royal College of Physicians (RCP) also paid tribute, describing him as a “valued member of the RCP family”.

“It is with a heavy heart that we share the news of Dr Anton Sebastianpillai who died on Saturday, another valued member of the RCP family,” the college tweeted.

“Our thoughts are with his family, friends and colleagues at this devastating time.”