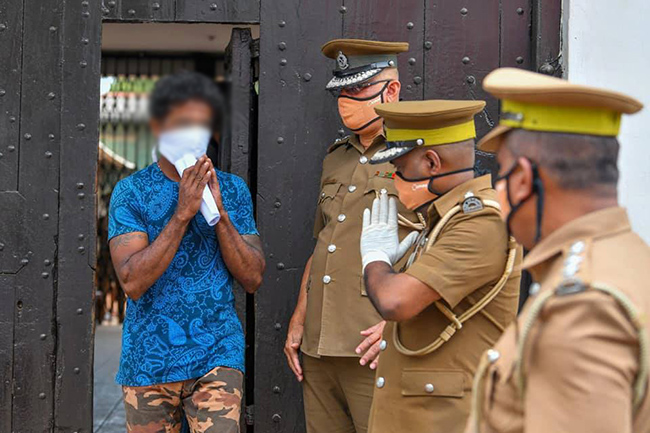 The Attorney General has formulated guidelines for the Acting Inspector General of Police (IGP) to take steps to grant bail to minor drug offenders in order to reduce overcrowding at prisons in the light of COVID-19.

The Coordinating Officer of the Attorney General said the guidelines were formulated taking into account a letter directed by the Secretary to the President.

Accordingly, the Attorney General has instructed the Acting IGP to consider releasing inmates on bail when the net weight of the seized heroin does not exceed 2g.

If the gross weight of the seized heroin is between 10g - 20g, the inmates had been in remand custody for three months or more, and the report of the Government Analyst is yet to be issued, bail can be granted.

As per the guidelines, bail can also be granted when the gross weight of seized heroin is between 5g – 10g and the inmates were remanded for over a period of month.

When the gross weight of seized amount of heroin is less than 5g, the period of remand will be taken into account.

Inmates who were remanded for possession of heroin with a net weight of 1g – 2g and been imprisoned for over three months, will also be eligible to be released on bail.

When the net weight of seized amount of heroin is less than 1g, the period of remand is over one month, the inmates will be granted bail.

In addition, inmates who were in prison for over a month for the possession of 5kg or more Cannabis will be also be released on bail, according to the guidelines.

The period of remand will be taken into account when the seized amount of Cannabis is less than 5kg.

Bail can be granted after the police present submissions to magistrates’ courts with respect to the regulations enforced under prevailing circumstances.

Inmates who were put behind bars for habitual drug trafficking, IRC offenders and those who were taken into custody for serious offences will be granted bail, the Attorney General has emphasized.