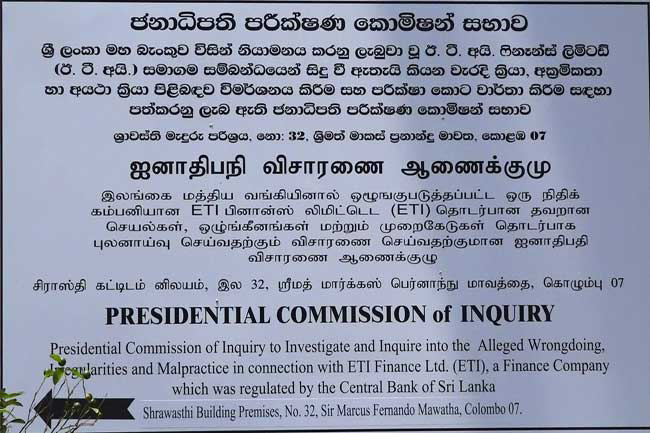 The term of Presidential Commission of Inquiry appointed to investigate the alleged malpractices which had occurred when selling assets of Edirisinghe Trust Investments (ETI) holdings has been extended by six months.

Accordingly, the term of the Commission, which was set to come to an end on Thursday (April 09) has been extended until October 09, 2020.

The Presidential Commission to probe malpractices of the ETI was appointed on the 9th January this year for a period of three months.

It is a tri-member Commission, chaired by retired Supreme Court Justice K.T. Chitrasiri. The other two members of the panel are retired Solicitor General Suhada Gamlath and Senior Banker D.M. Gunasekera.