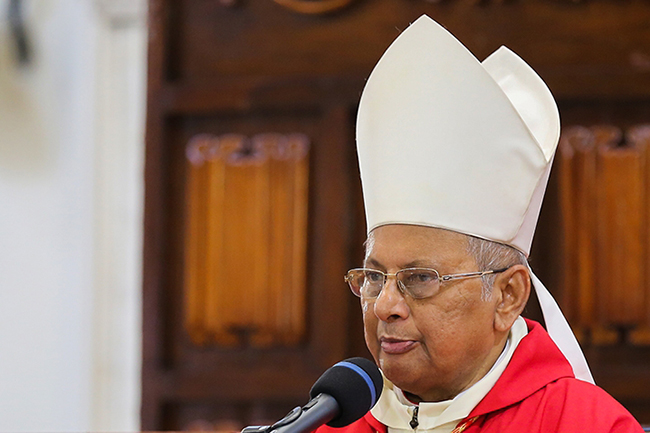 Christians in Sri Lanka celebrated Easter in their homes on Sunday, participating in religious services through television as churches remained closed due to the coronavirus pandemic.

TV stations aired the Easter Vigil and Holy Mass in all three main languages used in the Indian Ocean island nation. But there were no organized events to remember the more than 260 people, mostly Catholics, who were killed in Islamic State group-inspired bomb attacks on three churches and three hotels in Sri Lanka last Easter.

“Last year, some misguided youths attacked us and we as humans could have given a human and selfish response,” Cardinal Malcolm Ranjith, the archbishop of Colombo, said in his sermon at a Mass celebrated at his residence on Sunday.

“But we mediated on Christ’s teachings and loved them, forgave them and had pity on them,” he said. “We did not hate them and return them the violence.”

Sri Lanka has been under curfew for most of the past three weeks. The Church is planning a private ceremony on April 21 — the anniversary of the 2019 attacks — to remember the dead.

Sri Lanka has confirmed 210 cases of the coronavirus, including seven deaths.