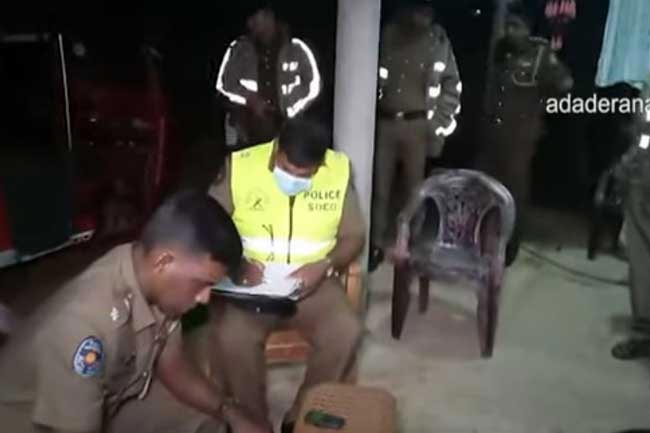 Seven remanded over murder of woman in Meetiyagoda

Meetiyagoda Police has arrested 07 individuals in connection with the murder of a woman and causing severe injuries to 6 others.

On May 21, a conflict arisen over a property issue had escalated into the murder of 45-year-old female and severe injuries caused to 6 other individuals.

The investigations launched by the Meetiyagoda Police had led to the arrest of the suspect including four women.

They have been produced before the Balapitiya Magistrate’s Court today (24).

Accordingly, they had been ordered to be remanded until June 04.