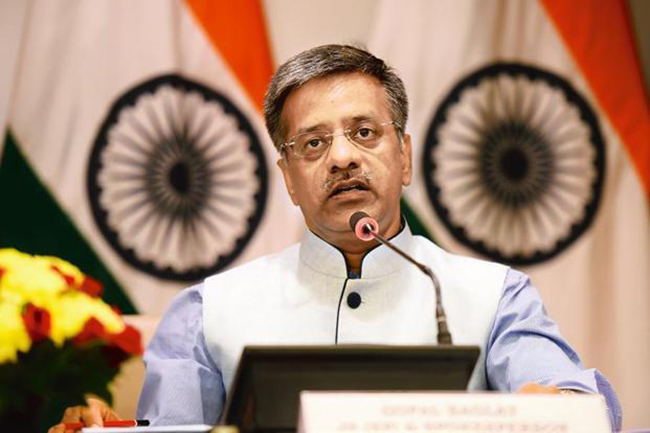 India is committed to partner with friends like Sri Lanka in making economic recovery amidst COVID crisis, as part of its neighbourhood first policy. This was stated by Indian High Commissioner to Sri Lanka Gopal Baglay, a day after Indian PM Modi had a telephonic conversation with Sri Lankan President Gotabaya Rajapaksa.

Mr. Baglay said the leadership of both countries attach great importance to economic and commercial cooperation as friends always come to each other for help in crisis situation.

He said they are working with trade authorities and business persons for preparing a mechanism through electronic trade facilities.

The high commissioner said the long-term focus is to revive linkages of transport, trade and economic activities between the two neighbours.

He said the Indian government is aware of Sri Lankan government emphasis and India is keen to partner for infrastructure development.

Earlier, Sri Lankan President Gotabaya Rajapaksa had sought the intervention of PM Modi to revive some of the key projects as Sri Lanka strives to restore the economy in wake of COVID crisis.

He called upon Indian side to expedite construction of the East Terminal of the Colombo Port as early as possible as it will be a significant boost to its economic landscape.

Mr. Rajapaksa said he is trying to promote value-added industrial and agricultural activities and will be happy to encourage Indian investors to start such investments, including Indian companies already in Sri Lanka to increase domestic value addition.