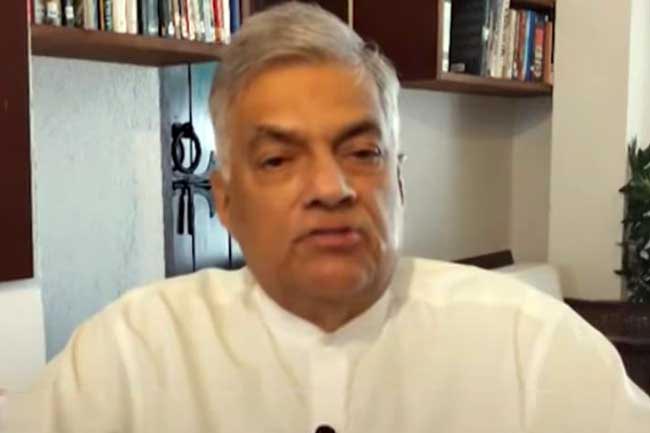 The government should reveal the truth about the present economic situation of the country to the public, says United National Party (UNP) Leader Ranil Wickremesinghe.

The former Prime Minister issuing a statement to the media said that Sri Lanka, which was ahead of many economic indicators in 2018, is now in recession.

Wickremesinghe said that the people are in a state of despair. The government cannot afford to pay the Rs 5000 allowance or payment of holiday allowances to public servants; this indicates the gravity of the country’s economic situation, he added.

CNN previously named five countries which will not be able to pay off debt this year, and global financial indicators predict that this year Sri Lanka will be among the next 5 countries that will be unable to pay off the debt, he pointed out.

The government should submit the report on the financial affairs and yet it has not happened so far, Wickremesinghe noted. The government last issued such a report on March 23, he added.

He says that it is the responsibility of a government to issue a detailed report on the current financial situation in the country.

The government should reveal the truth to the public on the current economic situation in the country, Wickremesinghe stated.