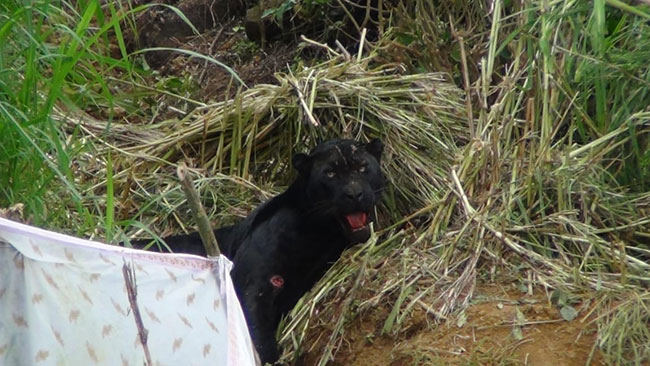 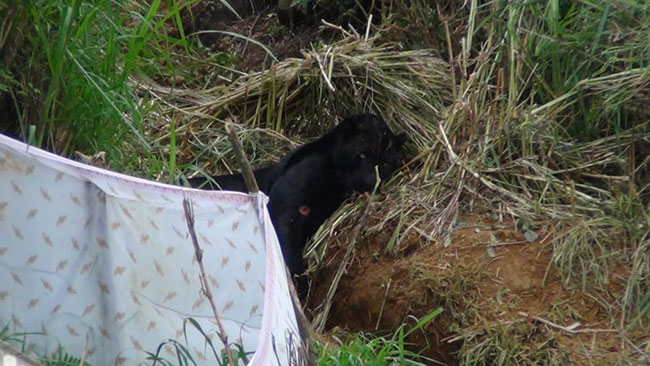 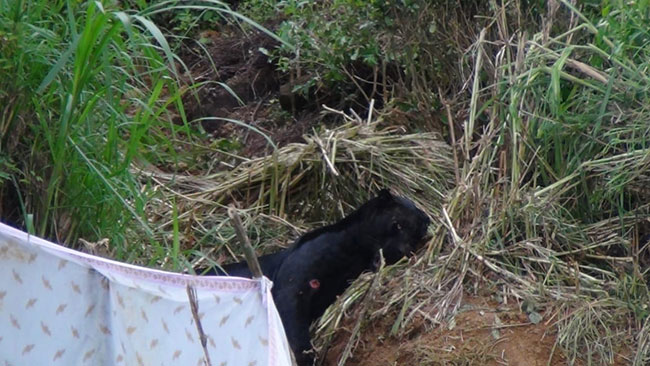 A rare black panther has been discovered after it was caught in a trap near a vegetable cultivation in Walamale of Lakshapana Tea Estate within the Nallathanniya Police Division.

Wildlife officers said that the black panther was found caught in a wire trap and wounded while police protection has been provided until veterinarians of the Wildlife Department arrive and tranquilize the animal and release it from the snare.

The Sri Lankan Panther has been a mystery for many years and sightings throughout recent history have been very rare due to the low population numbers and solitary nature of the animals.

However, in January this year extraordinary new footage had emerged showing the sighting of four panthers roaming freely in forests near Adam’s Peak.