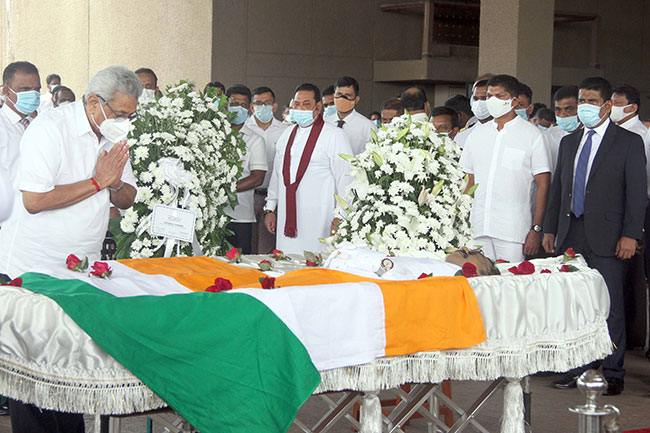 President Gotabaya Rajapaksa today paid his last respects to the Leader of the Ceylon Workers’ Congress (CWC) and Minister of Community Empowerment and Estate Infrastructure Development, the late Arumugam Thondaman.

The remains of late Minister Thondaman were brought to the Parliamentary complex this morning from his residence in Battaramulla.

President Rajapaksa who arrived at the Parliamentary complex paid his last respects to the remains of late Minister Thondaman.

Prime Minister Mahinda Rajapaksa was also presented on this occasion.

Ministers, former Members of Parliament including former Speaker Karu Jayasuriya and the staff of the Parliament also paid their last respects to the remains of the late Minister.