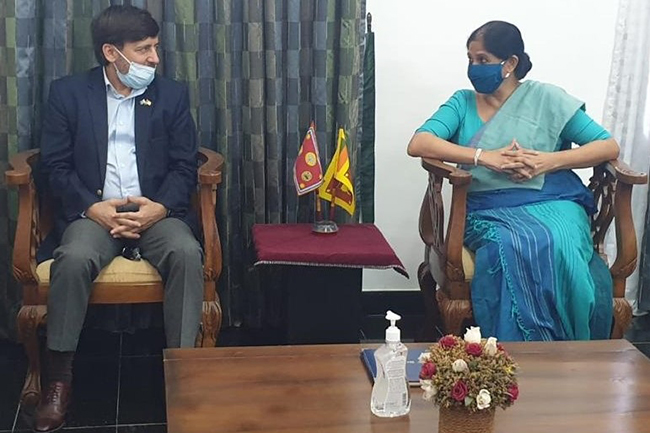 High Commissioner of Pakistan, Major General (Retired) Muhammad Saad Khattak has met with the Governor of Eastern Province, Mrs. Anuradha Yahampath, at her office in Trincomalee on Thursday (28).

During the meeting, the High Commissioner has held a detailed discussion on all areas of mutual interest between the two countries, including assistance that can be provided by Pakistan to the Eastern Province.

Mrs. Yahampath has warmly welcomed the High Commissioner on his first visit to the Eastern Province after assuming charge and thanked the government and people of Pakistan for their consistent support and assistance for the province and the country.