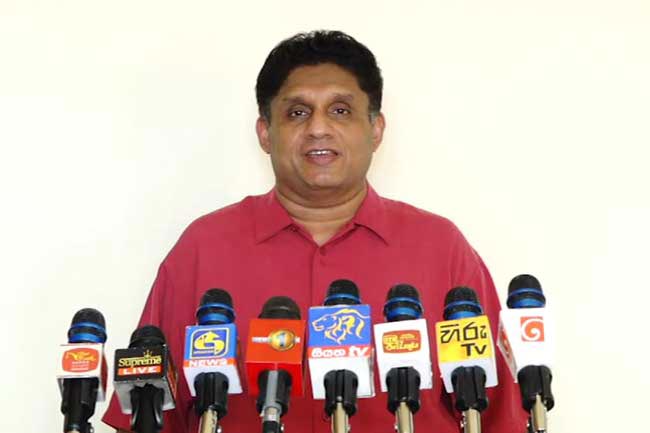 No legal action can be taken against any member of the Samagi Jana Balawegaya, says former Opposition Leader Sajith Premadasa.

This is as Samagi Jana Balawegaya was formed with the approval of the United National Party (UNP) Working Committee, he points out.

Premadasa further said that he hopes to prove that fact legally in the future.

He mentioned this speaking at a press conference in Colombo held to clarify the situation arisen due to the cancellation of UNP members who joined the Samagi Jana Balawegaya.

The UNP or its leadership has no ability to remove the party membership of any Samagi Jana Balawegaya member, he further assured.