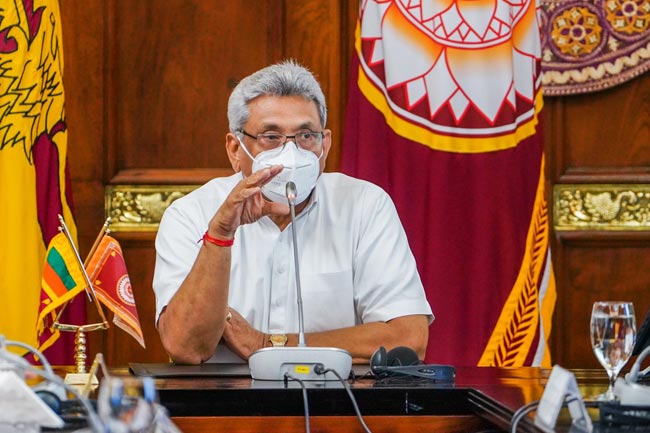 The Western Province records the highest number of dengue patients every year, points out the President’s Media Division. There is a significant influx of people daily to this area from other parts of the country.

The President pointed out that the prevention of people becoming carriers of the disease can only be achieved through effective dengue control mechanisms giving priority to the Western Province. All the Local Government institutes, health sector, and the Environment Police should actively be operational to achieve this objective, the President said.

President Rajapaksa made these observations during a meeting convened to discuss the future plans with the Presidential Task Force on Dengue Prevention at the Presidential Secretariat today (01).

The health authorities highlighted that the number of dengue patients had been low during the first quarter of the year compared to the previous year. Methodical disposal of garbage since November and the tendency among people to maintain their surrounding clean during the curfew imposed in the wake of COVID-19 have paved the way for this progress while limitation of mobility between provinces was also a plus factor, PMD said.

The necessity to conduct cleaning programs while giving priority to schools, hospitals, state entities, places of worship, and construction sites was emphasized at the meeting. The Environmental Police Units should be responsible for monitoring the area in collaboration with respective health authorities and Local Government organizations, states PMD.

It was pointed out that once a dengue patient is diagnosed at a government or private hospital, medical officers and Public Health Officers in the area should immediately be notified; swift measures should be taken to disinfect and clean the area.

Attention was also drawn to apprise the public on the impact of dengue via mass media.

The President and the Prime Minister instructed the relevant officials to call follow up meetings once a week with the participation of Governors and Local Government authorities to evaluate the progress and to use the experiences of the countries which are successful in dengue prevention.

Governors, Local Government authorities, Secretary to the President P. B. Jayasundera, Secretaries to Ministries, Chief of Defence Staff and Commanders of Tri-Forces, Acting IGP, Director General of the Department of Civil Defence, Director General of Health Services and several other officials were also present at the meeting.