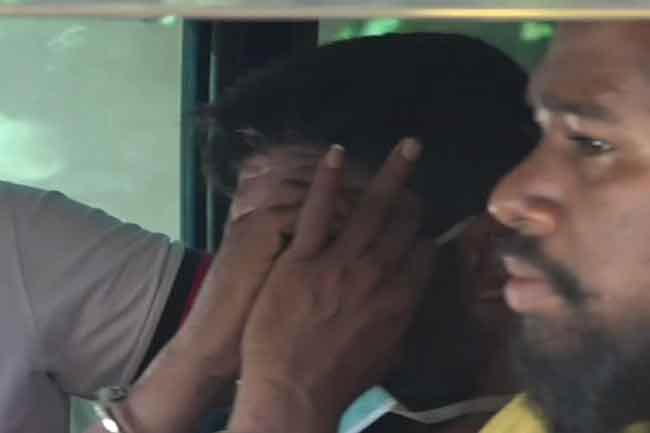 An underworld figure out on bail named ‘ Angulane Anju Rosa’ has been arrested in Akuressa, Matara, in connection with the recent shooting attack on a restaurant in the area of Soysapura in Moratuwa.

The arrest made by the Colombo Crimes Division (CCD) took place yesterday (01).

Reportedly, ‘Rosa’, along with previously arrested ‘Konda Janiya’, has had a hand in the shooting incident.

‘Rosa’ had been produced before the Matara Magistrate’s Court last evening and obtained a detention order on him for further interrogation, said the Police.

Three suspects were taken under the custody of police over the initial attack on the restaurant on May 19.