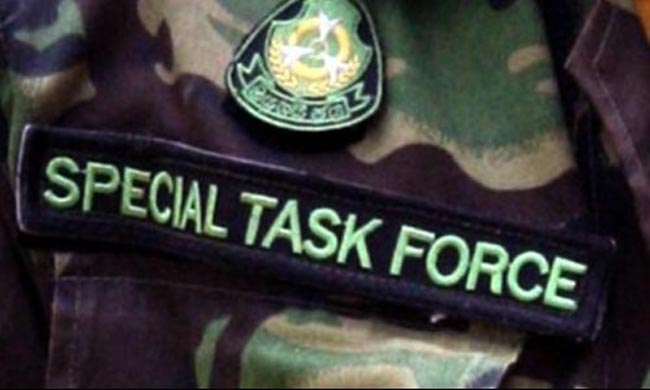 The main suspect of the incident of shooting a man at the Laksetha Sevana Housing Complex in Maligawatta has been arrested last night (01).

The Special Task Force (STF) team of Rajagiriya had arrested the suspect near a supermarket in the Kotahena Police Division at around 7.50 pm yesterday.

Reportedly, a locally manufactured revolver gun was also found in the possession of the suspect.

The arrested suspect is a Grandpass resident aged 31 years and has been handed over to the Colombo Crimes Division (CCD).

Meanwhile, another 2 suspects have been arrested by the CCD at Wellampitiya and Maligawatta Police Divisions yesterday over the incident.

The two arrestees are 31-year-olds residing in Kolonnawa and Maligawatta areas.

One of the suspects had been injured at the point of arrest and he had been admitted to the Colombo National Hospital under police protection.

The arrested suspects are to be produced before the Aluthkade No. 04 Magistrate’s Court, today (02).

Further investigations are carried out by the CCD.

On May 30, a 35-year-old resident of Laksetha Sevana Housing Complex in Maligawatta was gunned down at the housing complex itself. The victim was admitted to the Intensive Care Unit (ICU) of the  Colombo National Hospital.

A suspect, arrested on May 31 in connection with the incident, is currently held until June 07 under a detention order obtained from a magistrate, yesterday (01).