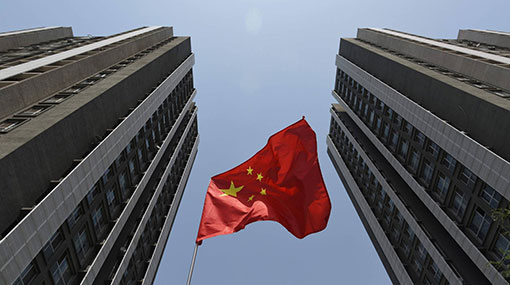 “Sri Lanka expressed continuity of its support on sovereignty of China (over) its territory and national security in relation to Hong Kong,” Gunawardena wrote on his Twitter account.

“All Sri Lankans will continue to enjoy usual work and business in Hong Kong,” Gunawardena added.

The foreign minister made the remarks after U.S. President Donald Trump on Friday threatened sanctions against China over its national security legislation for Hong Kong.

China’s top legislature, the National People’s Congress, approved at its annual session last week the decision on establishing and improving the legal system and enforcement mechanisms for Hong Kong to safeguard national security.

“We are pleased and encouraged to see the National People’s Congress of China has adopted (the) decision to make Hong Kong national security laws, which will definitely enhance peace, stability, and prosperity of Hong Kong and the whole region,” the five organizations said in a joint statement.

“We believe the new national security law for Hong Kong will not only abide by but also enhance ‘one country, two systems’ and guarantee the legitimate rights of (the) people of Hong Kong,” the statement added.

Meanwhile, SLCFA President Ananda Goonatilleke was quoted by local media as saying that some Western countries were trying to “intimidate China when it is trying to address increasingly notable national security risks in Hong Kong.”

U.S. President Donald Trump’s threat to alter a “full range of agreements” that the country has with Hong Kong was “ominous” and followed a trend of Western interventions in the internal affairs of other countries, including Sri Lanka, Goonatilleke added.