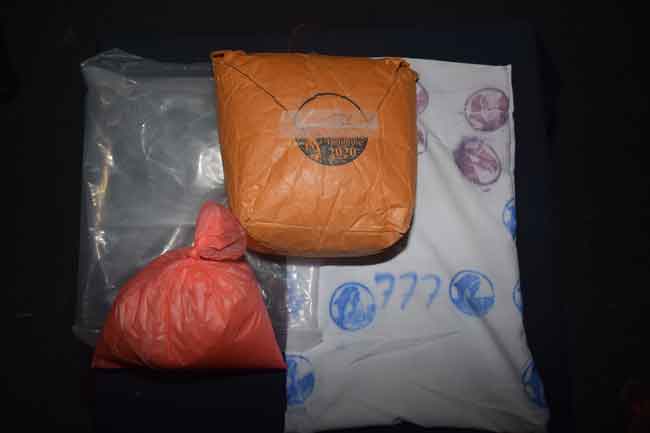 Two suspects have been arrested with nearly 1.5 kilograms of heroin near the Divulapitiya Bus Stand.

Police said that the suspects were arrested while they were traveling on a motorcycle and that a parcel containing 1 kg and 496 grams of heroin as found in their possession.

The arrested suspects are aged 22 and 42 years while they are residents of Kimbulapitiya and Minuwangoda areas respectively.

The Police Narcotics Bureau is conducting further investigations regarding the suspects.