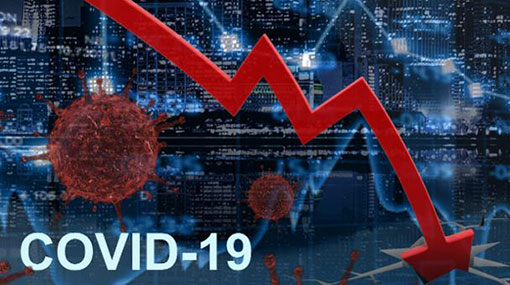 The unprecedented crisis triggered by the coronavirus pandemic has severely dented Sri Lanka’s economy, causing a steep fall in the earnings from tourism, remittances and outflow of foreign investment, the nation’s central bank has said.

The statement from the Central Bank of Sri Lanka came on Monday as the country was facing the worst financial crisis in its history due to the economic and travel curbs imposed after the coronavirus outbreak. Sri Lanka has reported 11 deaths and 1,643 confirmed COVID-19 cases.

“The COVID-19 lockdown had severely impacted Sri Lanka’s economy with fall in earnings from tourism, remittances and outflow of foreign investment,” the apex bank said.

The severest impact was recorded in the tourism sector, with a drop of tourist arrivals by over 70 per cent year-on-year in March. Sri Lanka announced its lockdown in mid-March following the detection of the first COVID-19 positive case on March 11. Tourism accounts for about five per cent of the economy, with Britain, India and China the main markets.

The number of international tourist arrivals in Sri Lanka declined in March 2020 by 70.8 per cent in comparison to a year ago as the tourism industry has been hit hard by the coronavirus outbreak. The island nation suspended all of its passenger flights and ships to contain the spread of the highly contagious viral disease.

“With these developments earnings from tourism were provisionally estimated to have declined to USD 135 million in March 2020 in comparison to USD 461 million in March 2019,” the central bank said. Sri Lanka has been mulling the idea of opening up the airports to welcome back the tourists and revive the sector.

The remittances from Sri Lankan expatriates, a major income earner to the country, had also declined by 13.9 per cent in March year on year amounting to USD 492 million. The net outflow of foreign investments worth USD 261 million was recorded in March.

In the tiny stock market, a net outflow of USD 6 million was also noted. The trading floor was shut from mid-March to mid-May due to the lockdown, the bank said. The central bank said that the Sri Lankan rupee had also depreciated significantly with the outbreak of the pandemic “during the latter part of March up to mid April, reaching a peak of rupees 199.75 per US dollar on April 9.

The rupee however had gained by 2.4 per cent by June. With outbreak of the pandemic, the government had introduced imports control measures by almost banning all non essential imports – a move widely seen to bring in rupee’s stability by preserving foreign reserves.

“Gross official reserves stood at USD 7.5 billion at the end of March 2020, equivalent to 4.6 months of imports”, the apex bank said. Sri Lanka’s economy has in general been impacted since last year when the country was jolted by the Easter Sunday attacks, which killed over 250 people including Indians, impacting the tourism in the nation.

On May 23, President Gotabaya Rajapaksa spoke to Indian Prime Minister Narendra Modi over the phone and urged India to provide a special USD 1.1 billion currency swap facility to boost the country’s draining foreign exchange reserves in view of the economic slowdown due to the coronavirus pandemic.