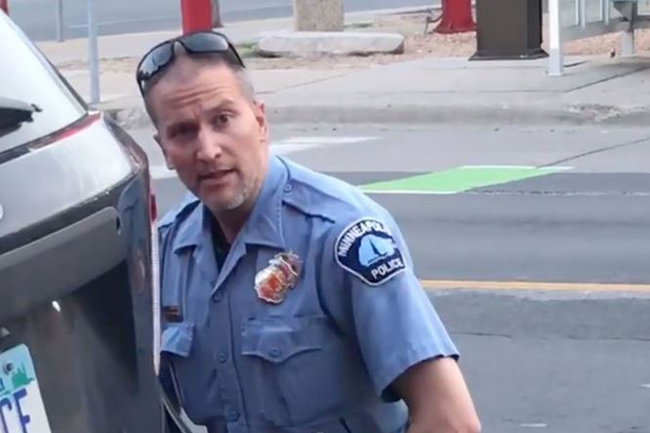 The United States Minnesota prosecutors charged three more officers Wednesday in the May 25 slaying of George Floyd and announced a higher charge of second-degree murder for the white officer who knelt on the black man’s neck for nearly nine minutes.

“Nine days ago, the world watched Floyd utter his very last words, ‘I can’t breathe,’ as he pled for his life. The world heard Floyd call out for his mama and cry out, ‘Don’t kill me,’” Ellison said.

“George Floyd mattered,” Ellison said. “He was loved, his family was important and his life had value.”

He was already charged last Friday with third-degree murder, a count that carries a maximum of 25-years in prison and doesn’t require a show of intent. Both murder charges and a further charge of second-degree manslaughter were listed on his amended complaint.

Chauvin’s former colleagues who assisted with the fatal arrest — J. Alexander Kueng, 26, Thomas Lane, 37, and Tou Thao, 34 — were charged for the first time Wednesday with aiding and abetting second-degree murder and were taken into custody.

Ellison, whose office took over the investigation this week from the Hennepin County Attorney, thanked Floyd’s family for their patience.

“We’re here today because George Floyd is not here,” Ellison said at a news conference.

“We will seek justice for him and for you, and we will find it,” he vowed.

Floyd, a 46-year-old father and truck driver, was detained and handcuffed on suspicion of passing a counterfeit bill around sunset Memorial Day.

Graphic video shows Chauvin, a 19-year veteran, blatantly ignoring Floyd’s repeated warnings he was struggling for air. The video is expected to prove central to any proof of intent for the top murder charge and a pending civil rights investigation.

Lane and Keung were filmed with their knees on Floyd’s body below his neck. Thao watched from inches away.

All four officers were fired a day after the incident, but no arrests were made until Chauvin was taken into custody Friday.

“This is a bittersweet moment for the family of George Floyd,” their lawyer Benjamin Crump said in a statement.

“This is a significant step forward on the road to justice, and we are gratified that this important action was brought before George Floyd’s body was laid to rest. That is a source of peace for George’s family in this painful time,” he said.

Crump and the family said Ellison’s office told them the investigation would continue and the charges against Chauvin would be bumped up to first-degree murder “if the evidence supports it.”

“This is another important step for justice,” she tweeted.

Police claimed in their report that Floyd began to “physically resist arrest” during their encounter — even though multiple videos from the scene show a mostly subdued interaction.

The Hennepin County Medical Examiner later ruled the death a homicide, and on Wednesday released its report confirming death from cardiopulmonary arrest complicated by pressure on his nec and back — and that he was positive for COVID-19.

A competing autopsy commissioned by the family and conducted by former New York City Medical Examiner Michael Baden found the actions of Lane and Keung compressed Floyd’s lungs in a way that contributed to his death.

“These officers knew they could act with impunity, given the Minneapolis Police Department’s widespread and prolonged pattern and practice of violating people’s constitutional rights,” the statement by Crump and Floyd’s family said.

Ellison cautioned the public that prosecuting four police officers, including one for murder, will likely be a long and tough court battle.

He added “thoroughness” will take time.

“Every single link in the prosecutorial chain must be strong,” he said. “It needs to be strong because trying this case will not be an easy thing. Winning a conviction will be hard.”