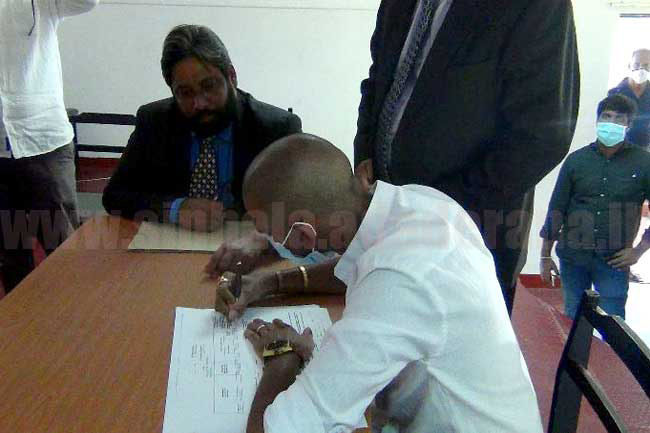 The event took place at the CWC headquarters in Kotagala, according to reports.

Prior to his demise on May 26, former CWC Leader and Minister Arumugam Thondaman had submitted nominations under the SLPP to contest the poll from Nuwara Eliya District.

However, his son Jeevan Thondaman was selected as the successor to fill the vacancy left behind by his late father who passed away at the age of 55 due to a cardiac arrest.

A representative of the Election Commission stated that the relevant nomination paper is yet to be received by the election body.

The CWC is a representative political party of the SLPP-led alliance ‘Sri Lanka Nidahas Podujana Sandhanaya’ which was formed in late October last year.