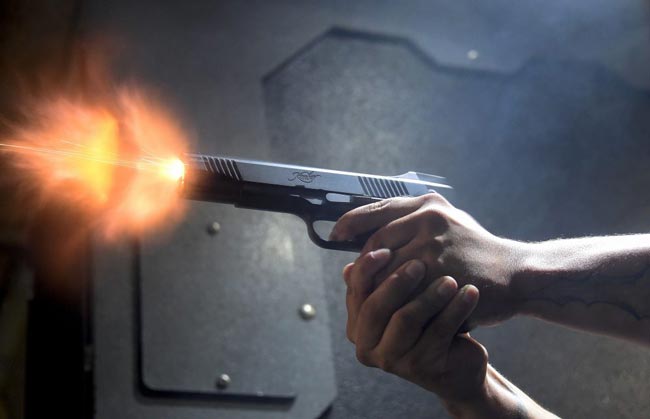 The main suspect of the gunfire attack on a restaurant in Soysapura, Moratuwa has been shot dead by the Police.

This was in a confrontation with the police at the Dunagaha, Ballapana area in Minuwangoda, stated the Police Media Spokesperson.

Reportedly, the suspect had opened fire at the police around 12.03 am this morning (07) when the police had attempted to arrest him based on a tip-off received that a suspect had been hiding in the area.

However, the suspect had sustained injuries when the police officers, too, opened fire in response, said Police Media Spokesperson SP Jaliya Senaratne.

The injured suspect had been admitted to the Divulapitiya Hospital where he succumbed to his injuries.

The deceased suspect is a 50 year old temporary resident of Ballapana-Divulapitiya and is identified as an underworld figure connected to several murders. It is reported that the suspect had committed many crimes under various aliases.

His body currently remains at the Divulapitya morgue and the magistrate’s inquest and other investigations will be carried out shortly.

Minuwangoda Magistrate will be informed on the matter, later today.

Three other suspects are already in the custody of police over the sword attack on the restaurant on May 19.

On June 02, an underworld figure out on bail named ‘ Angulane Anju Rosa’ was also arrested in Akuressa, for having a hand in the shooting incident alongside ‘Konda Janiya’.

On June 03, on more suspect was arrested by the STF at the Ratmalana area.