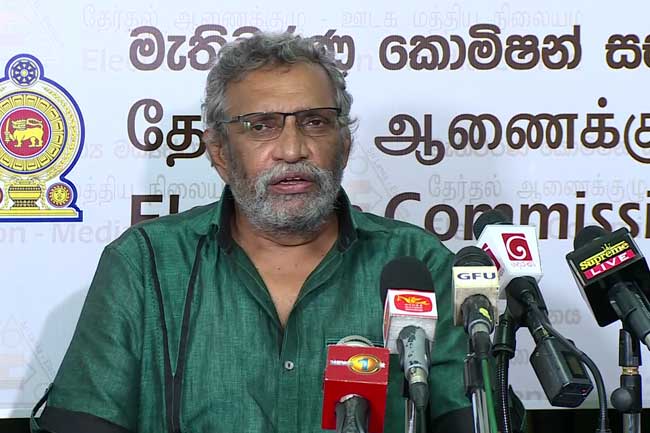 Sri Lanka’s parliamentary election, which was postponed twice due to the Covid-19 pandemic, is scheduled to be held on August 05, the Election Commission said.

Chairman of the commission Mahinda Deshapriya said that the members of the Election Commission unanimously decided to hold the 2020 General Election on August 05.

He stated that the relevant gazette notification has been signed and sent to the Government Printer.

The commission had yesterday issued the gazette indicating preferential numbers of the candidates and the designated polling stations.

The parliamentary polls were initially to be held on April 25 but had to be postponed due to the outbreak of the COVID-19 pandemic, which prompted the authorities to announce a nationwide lockdown from March 20.

Later, the election commission shifted the date to June 20. It was again deemed not suitable due to the raging COVID-19 pandemic.

The election commission this week held a mock poll in the southern Galle district to test the COVID-19 health guidelines and its preparedness for the parliamentary polls likely to be held between late July and mid-August.

Deshapriya said there will be five more such mock polls soon to determine the likely time needed to cast each vote while sticking to the health guidelines.

The Opposition parties and civil society groups had petitioned the highest court to delay the election until COVID-19 threat could be negated. The court rejected their petitions.

President Gotabaya Rajapaksa on March 2 called a fresh parliamentary poll six months ahead of the schedule after dissolving the parliament.

Some 16 million people are eligible to vote in the election to choose the 225-member parliament for a 5-year term.