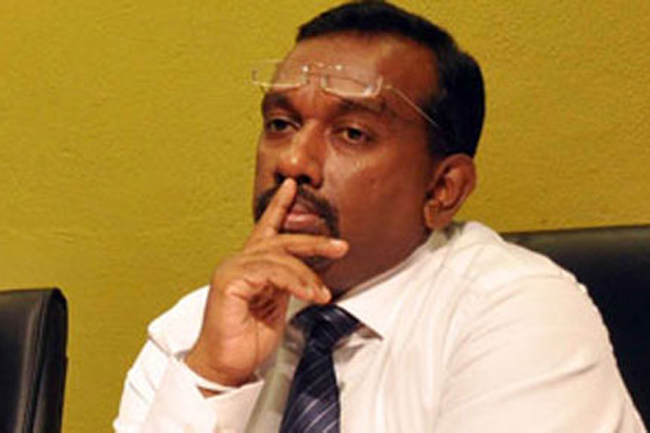 The Secretary to the Ministry of Sports has called for an immediate probe into the allegations made by Mahindananda Aluthgamage on ‘match-fixing’ at the 2011 World Cup final.

Mahindananda recently made a controversial statement, claiming that he does not accept Sri Lanka’s defeat in the 2011 World Cup (final) as a defeat. “According to the information I have received I believe that it was match-fixing,” he had said further, speaking on his startling revelation.

On April 2, 2011, India beat Sri Lanka by six wickets to win the ICC World Cup final at the Wankhede Stadium in Mumbai. During a televised interview recently, Aluthgamage claimed that the final was fixed. However, he said he was ready to take full responsibility for his comments.

Aluthgamage had stated that the Selection Committee of Sri Lanka Cricket (SLC) had picked the squad for the World Cup final against India and that the team was changed “in the last moment”.

“Four players were changed,” he said. In addition to that two players were brought down from Sri Lanka and that neither the cricket board’s nor the Sports Ministry’s approval had been obtained for it. “That is completely wrong.”

Former Sri Lanka skipper Mahela Jayawardena tweeted a response to news reports on the revelation. He asked for the names and pieces of evidence, involved in the matter.

Jayawardena took to Twitter and wrote, “Is the elections around the corner Looks like the circus has started names and evidence? #SLpolitics #ICC.”

Kumar Sangakkara, who was the Sri Lankan skipper in that game, has also opened up on the issue. He said that the former minister needs to take the evidence to the International Cricket Council (ICC).

Sangakkara replied to fellow cricket legend Mahela and wrote, “He needs to take his “evidence” to the ICC and the Anti corruption and Security Unit so the claims can be investigated thoroughly.”