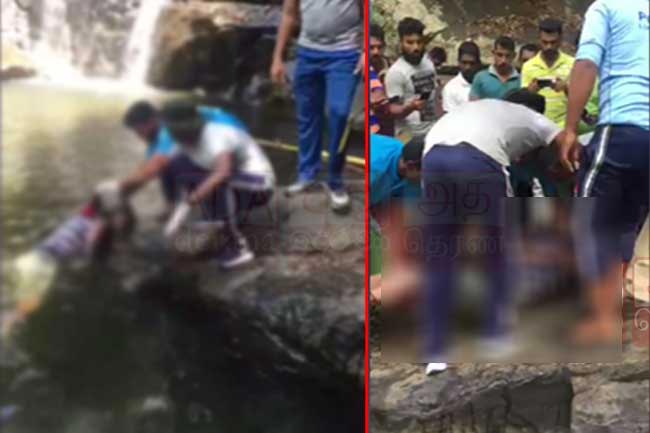 An engaged couple who had visited the Sera Ella Falls in Matale to conduct a pre-wedding photoshoot had fallen off the falls, stated Ada Derana reporter.

As the Sera Ella Falls is a popular spot to hold wedding photoshoots, the couple too had arrived at the spot yesterday (28) with relatives and the photographer.

However, the couple posing for a photograph had fallen into the water during photo shoot.

The woman had been rescued by a cousin while no one had been able to save the man, according to witnesses.

Sri Lanka Navy divers launched a search mission this morning (29) and found the body of the man by afternoon.

The deceased is a 26-year-old carpenter from Pansilugama and had been set to get married on July 14.