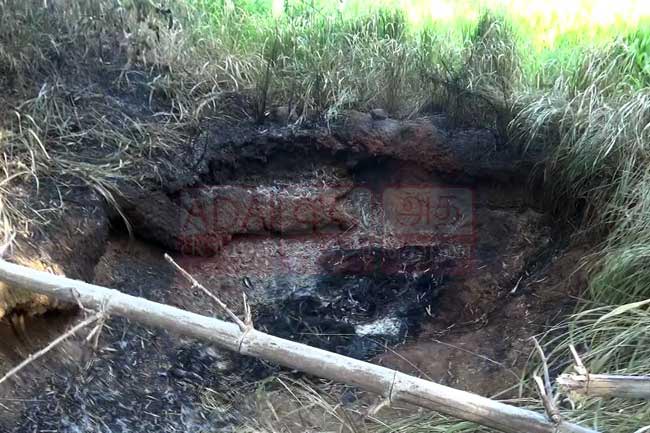 Murder of man found burnt with tires in Dambulla revealed

Three persons have been arrested by the Matale Crimes Division for allegedly murdering a person and burning the body with tires in Ihala Arawwala, Dambulla.

The suspects have been arrested last night (29) and handed over to the Dambulla Police Station.

On June 16, police found an unidentified body burnt with tires in the Gonawewa area in Ihala Arawwala, Dambulla.

Upon interrogation of the suspects, the deceased has been identified as a resident of Kahawatta who drove sand Tipper trucks as the profession.

Reportedly, the arrested suspects to transport sand for construction sites in Gonawewa.

Investigations reveal that the deceased Tipper driver has had an extra-marital affair with the wife of the main suspect.

Police say that the remaining two suspects too had aided the main suspect in the murder.

Several days before the murder, the tires had been transported to the spot using a different Tipper truck. On June 06, the main suspect had arrived in Dambulla with the victim and held a party involving alcohol.

Subsequently, the victim’s neck had been sliced and the body had been set on fire with the tires, interrogations revealed.