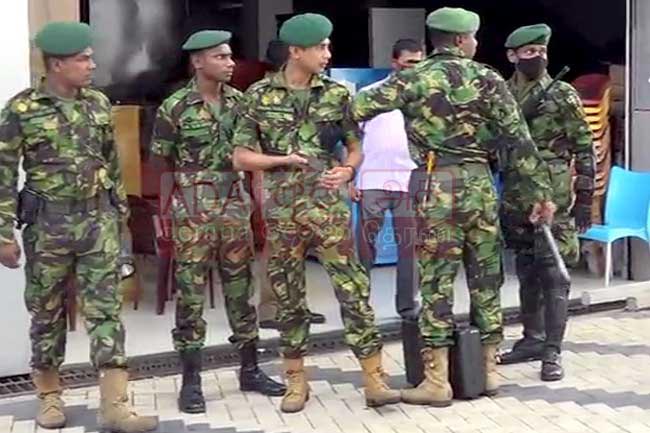 Police have arrested a female linked to a suspect in a recent arms haul, along with weapons and ammunition in her possession at Pitipana, Homagama.

On June 29, STF officials carried out a raid 5-story building in Homagama, belonging to a private company, which led to the apprehension of 11 T-56 assault rifles and a T-81 rifle hidden in a warehouse in the basement along with the owner of the building and another suspect.

Based on an intelligence report by the SIS, officers of Homagama Police, today (01) searched a house in Pitipana North, Homagama, belonging to a woman who is said to have an affair with the arrested owner of the building.

Upon search, the officers have found 7 grenades, a repeater shotgun, 04 rounds of ammunition, 2 body armours, and 04 more unidentified ammunition hidden in a secret room at the house.

Homagama Police have launched further investigations into the matter.