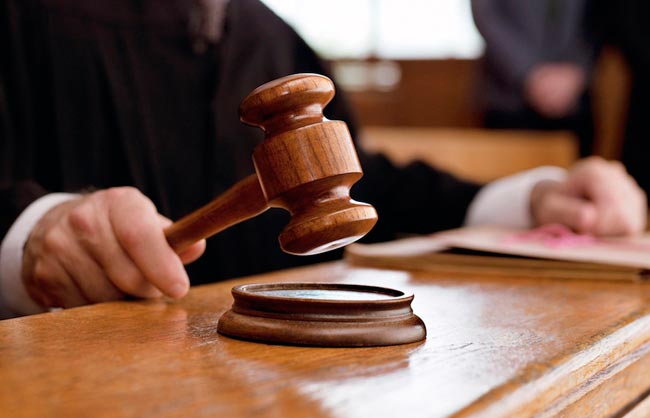 Colombo High Court sentenced five suspects, who were found guilty of selling a piece of land in Kollupitiya, to 67 years in prison.

Further, the five convicts have imposed a fine of Rs 130,000 and were ordered to pay an amount of Rs 14 million as compensation to the owner of the land.

The first defendant of the case, Christy Vivian Rodrigo, was sentenced to 25 years of rigorous imprisonment along with a fine of Rs 20,000, and Rs 2 million in compensation.

Dhammika Rodrigo, Jeyaraj Amarasinghe, and Chintha Rajapaksa, who were also found guilty, were served a sentence of 10 years each and fines worth Rs 20,000. The trio is also to pay compensation to the landowner worth Rs 3 million each.

Further, Jayantha Rodrigo, who was also named a convict of the case, was sentenced to 12 years of rigorous imprisonment, a fine of Rs 20,000, and compensation worth Rs 3 million.

The Attorney General served indictments against the five convicts overselling a piece of land on a road adjoining to the Marine Drive in Kollupitiya using fake deeds on October 24, 2012, and aiding and abetting the said crime.

Following a trial, Colombo High Court Judge Gihan Pilapitiya found the defendants guilty of the charges and handed down the aforementioned penalties.