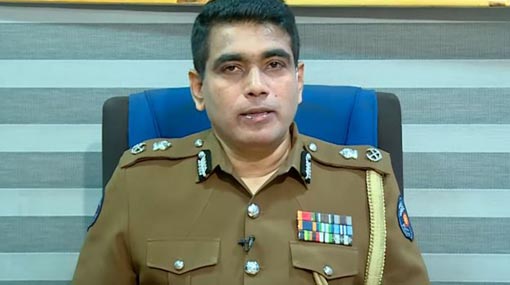 He stated that the Police Narcotic Bureau (PNB) had successfully done much work to control the spread of illegal drugs in the country over the past years, since its inception.

However, this unfortunate situation has now befallen the police department due to the actions of several corrupt officers of the PNB, the DIG said.

He said that the PNB is a special agency comprised of over 300 police officers serving under a Deputy Inspector General of Police (DIG), a Director and three Assistant Superintendent of Police (ASP).

DIG Ajith Rohana said that this investigation was launched by the Criminal Investigation Department (CID) some 12 days ago, acting immediately on information received, and as a result they were able to apprehend four ‘corrupt’ PNB officers thus far.

This includes a Sub-Inspector (SI), two Police Sergeants and a Police Constable (PC) attached to the PNB.

Two other individuals connected to the racket externally have also been arrested on June 25 and 26 while they are currently being interrogated under detention orders.

He added that CID investigations have uncovered information that these arrested PNB officers were indirectly connected to this drug racket.

He said that the CID has taken into custody two vans and a jeep from the possession of the arrested officers and that the vehicles are suspected to have been used in the racket. In addition to this a sum of Rs 31.2 million and around 20 pounds of gold jewellery have also been taken into custody.

Meanwhile close to 10 Acres of land from properties in various areas purchased by the four officers and connected individuals have been temporarily suspended and will be permanently taken over in the future under the Money Laundering Act.

Three bank accounts connected to the suspects have been frozen temporarily, he said.

The DIG said that Sri Lanka Police does not go easy on such corrupt officers, who are currently detained and have been interdicted, and that they will be charged with drug trafficking, among other possible charges, before a court in the near future on the advice of the Attorney General.

“We will not stop from here.” He said that they will pursue this case strictly and apprehend any and all individuals connected to this racket directly or indirectly, be them police officers or not.

He said that the actions of a hand full of officers should not tarnish the image of the entire Police Narcotic Bureau (PNB), which has plenty of respectable and dedicated officers.