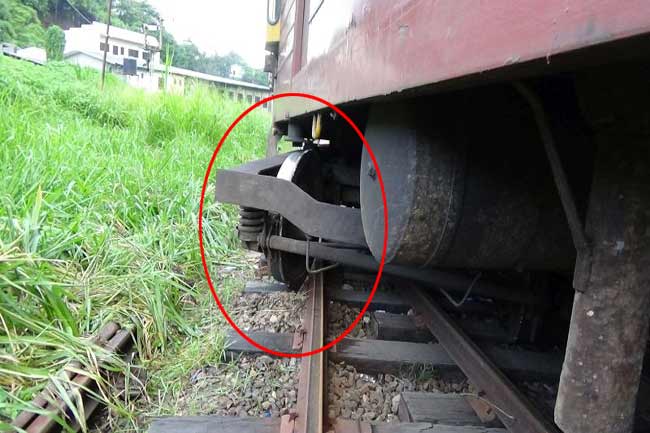 The night mail train between Colombo and Badulla scheduled for tonight has been cancelled due to a derailment.

A train has derailed between Ambewela and Pattipola railway stations, the Railway Control Room said.

Meanwhile a goods transporting train had derailed near the Hatton railway station at around 5.30 a.m. this morning.

A fuel tank wagon of a goods transporting train has also derailed between Ambewela and Pattipola stations this morning.

Steps are currently being taken to restore services along the lines.