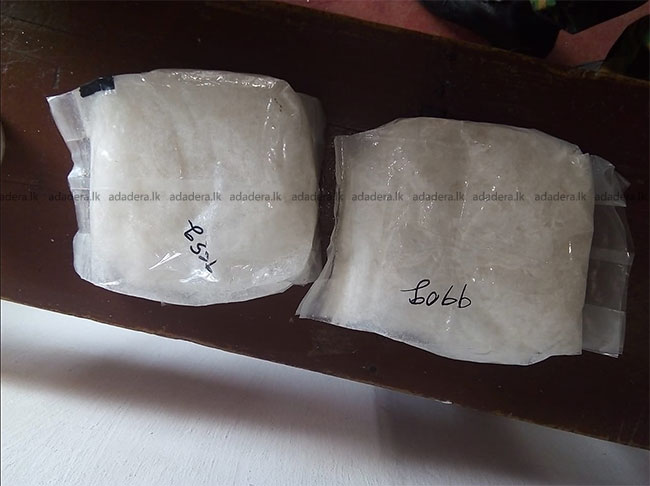 A suspect has been arrested by Police Special Task Force (STF) personnel at Point Pedro in Jaffna while transporting nearly 2 kilograms of crystal methamphetamine, also known as ‘ice’.

The suspect was transporting the haul of drugs in a van when he was arrested by a team of STF personnel during a special raid carried out at 10.45 a.m. this morning at Point Pedro Town, based on information received.

The arrested suspect is a 66-year-old resident of Valvettithurai.

Two parcels of ice weighing approximately 1 kg and 955 grams were found concealed under the driver’s seat of the van.

The suspect is to be produced before the Point Pedro Magistrate tomorrow (02).