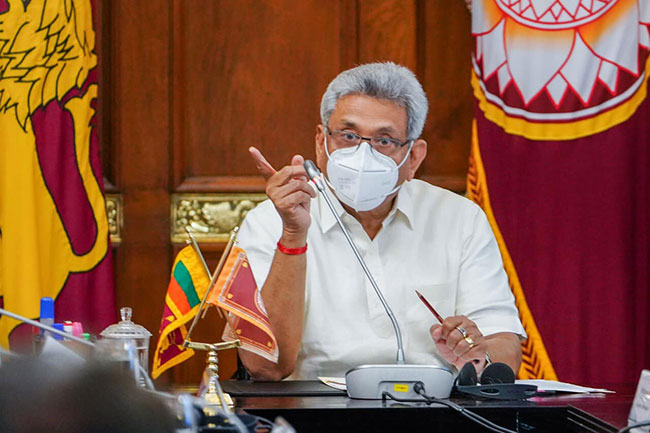 President orders election candidates not to use his photographs

President Gotabaya Rajapaksa has ordered not to use his photographs by candidates contesting the upcoming election in their propaganda campaign, the PMD said.

Secretary to the President P.B. Jayasundera in a letter sent on Wednesday (01) to all Governors, Ministry Secretaries, District and Provincial Secretaries, Heads of Corporations, Boards and Statutory Bodies and other heads of divisions stated that information has been received to the effect that candidates contesting the election are using the photographs of the President in their campaign, secure service of the Army officers and public officials and promise job appointments.

The President has instructed his Secretary to strictly advise relevant parties not to use the photograph of the President in election campaign and the public officials to refrain from engaging in political activities.

The Secretary in his letter to Governors, Ministry Secretaries and Heads of entities, with a copy to the Chairman of the Elections Commission has instructed to ensure that all the government officials strictly follow these orders, the PMD said.