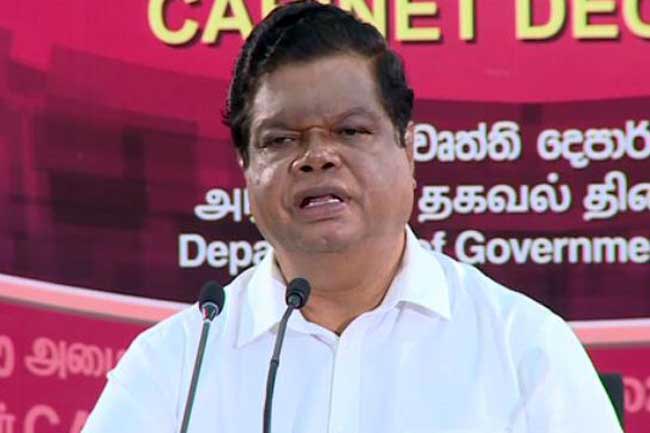 With the reopening of schools, the final decision on the examination dates will be announced next week, said Co-Cabinet Spokesman Bandula Gunawardena.

He mentioned this at the press conference held this morning (02) to inform the decisions taken at the Cabinet of Ministers.

The president has informed the Minister to decide on the dates managing the time needed for students to prepare for the exams.

Accordingly, the Minister of Educations has stated that the final decision on the dates will be taken next week.

The Minister has said that reopening of schools for students of Grades 1 and 2 was set on August 10 considering the difficulty for younger children to wear face masks as per health regulations.

He further said that decisions regarding children must not be taken aggressively as more attention should be on the lives of children.