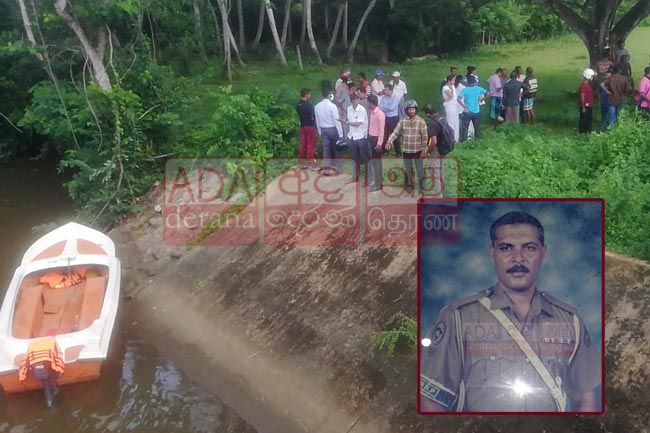 A police officer has been attacked by a crocodile near the Magalgoda water pumping station along the Nilwala River.

Reportedly, a group of individuals, including the police officer, had been at the place of incident at around 10.30 pm last night (01), when the phone of a person had fallen into the water.

Subsequently, the police officer in question had gotten into the water in an attempt to retrieve the phone.

Despite the officer shouting that he is being attacked by a crocodile, no one had been able to rescue him, said Ada Derana reporter.

Search operations have been launched this morning (02) to locate the missing police officer.

However, Disaster Management officials and residents have not been able to find the officer.

The missing cop has been identified to be a 54-year-old father of 04 serving attached to the Slave Island Police Station. It is said that he had applied for retirement from service owing to poor health conditions.

Thihagoda Police have launched further investigations into the matter.