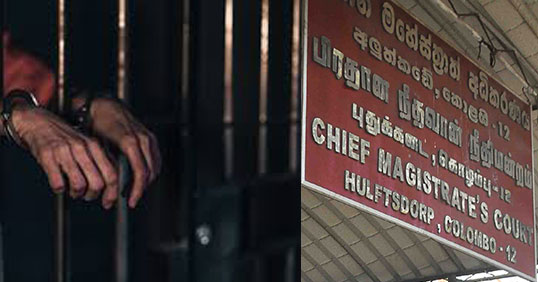 The Colombo Magistrate’s Court has granted permission to the Criminal Investigations Department (CID) to detain and interrogate 12 officers attached to the Police Narcotics Bureau (PNB), who were arrested on drug trafficking charges.

The court issued detention orders allowing the CID to detain the suspects until July 08 and to interrogate them over the charges.

The PNB officers in question were arrested and interrogated by the CID today over their suspected links to drug racketeers. They will be produced before the Colombo Magistrate’s Court on charges of drug trafficking, a short while ago.

These four officers were apprehended as a result of the investigations launched by the CID some 12 days ago, based on information received.

Two other individuals connected to the racket externally were also arrested on the 25th and 26th of June and they are being investigated under detention orders, at present.