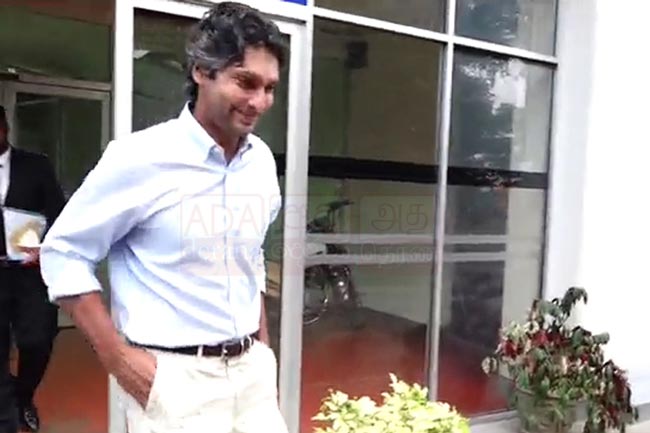 Sangakkara was questioned for nearly 09-hours on the match-fixing claims on the 2011 ICC World Cup by former Sports Minister Mahindananda Aluthgamage.

Kumar Sangakkara was the Sri Lankan skipper of the national cricket team that reached the final of the 2011 World Cup. Opening up on the issue, he previously stressed that the former minister needs to take the evidence to the International Cricket Council (ICC).

Meanwhile, former Sri Lanka Cricket Captain Mahela Jayawardena, too, has been summoned to the Special Investigation Unit tomorrow (03) to record a statement on the same allegations.

Aluthgamage, who was the Minister of Sports at the time, and former captain Aravinda de Silva, who was the selection committee chief, have already provided statements for the investigation while Sri Lanka opener Upul Tharanga on Wednesday became the first player to be grilled.

But India turned the game around dramatically, thanks in part to poor fielding and bowling by Sri Lanka, who were led by Kumar Sangakkara. India won the final by six wickets.