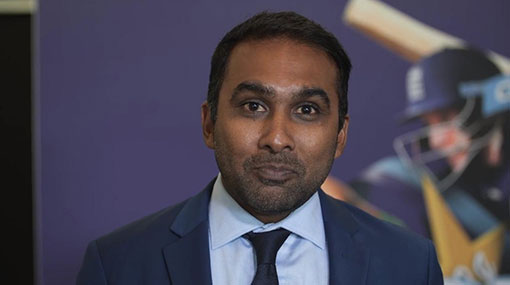 Former Sri Lanka cricket captain Mahela Jayawardena has reportedly arrived at the Special Investigations Unit of the Sports Ministry despite having been informed that the recording of his statement has been postponed.

He had initially been summoned to appear before the SIU today to record a statement regarding the ‘match-fixing’ allegations leveled by former Sports Minister Mahindananda Aluthgamage pertaining to the final of the 2011 ICC World Cup.

However, the Sports Ministry’s SIU said this morning it had informed former Sri Lankan captain not to appear before the SIU today (03) and that another date will be informed for him to come record his statement.

However, Ada Derana reporter said that Jayawardena had arrived at the SIU a short while ago, despite the postponement of the recording of his statement.

Speaking to reporters outside the SIU premises, he said that the SIU had initially notified him through his lawyers that he has been summoned to record a statement today, however late last night he was informed not to come today as they would give him another date.

Jayawardene stated certain media reports had claimed that he had informed the SIU that he won’t participate in this investigation due to personal reasons.

“Therefore I thought that I should do some justice regarding that. That is why I informed them (SIU) and came here,” he said.

“I am a person who loves and respects the game of cricket very much. I have a responsibility to provide them with what they need.”

In addition to Aluthgamage, the SIU has so far recorded statements from former captain Aravinda de Silva, who was the selection committee chief in 2011, Sri Lanka opener Upul Tharanga and former skipper Kumar Sangakkara.

Captain of the Sri Lanka Team at the World Cup 2011 finals, Sangakkara had recorded a statement with the Investigation Unit for nearly 9 hours after being summoned yesterday.