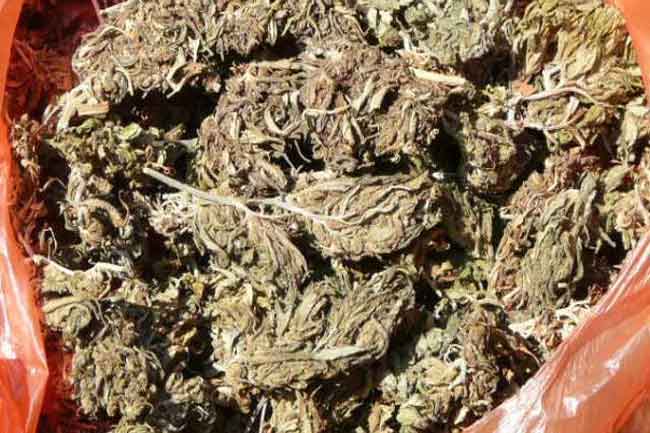 400 kg of Kerala cannabis seized by the navy

Navy personnel have seized around 400 kilograms of Kerala cannabis worth over Rs 60 million during an operation in the seas off Mandaitivu Island.

Sri Lanka Navy said that operations are continuing in the area to apprehend any suspects involved in the smuggling of the drugs.

The seizure was made during a special operation conducted in the sea area between Mandaitivu Island and Kalmunai Point, Jaffna.

During the operation in the sea area between Mandaitivu Island and Kalmunai Point, naval personnel attached to the Northern Naval Command spotted a suspicious dinghy discarding parcels and escaping the scene.

Subsequently, the naval personnel managed to recover 12 bags drifting in waters and those bags contained Kerala cannabis in 168 small packages.

The Navy together with the Police STF has already launched an operation to locate the evading vessel and suspects and the Jaffna STF has managed to apprehend one of them in connection to the incident.

Meanwhile, the Navy has seized over 03 tons of Kerala cannabis along with 141 suspects in 91 naval operations, during the first 06 months of this year.

The figure also includes over 2,468kg of Kerala cannabis seized in the Northern Naval Command.

This haul of Kerala cannabis was taken into naval custody by following proper hygiene and decontamination procedures due to COVID–19 global pandemic.