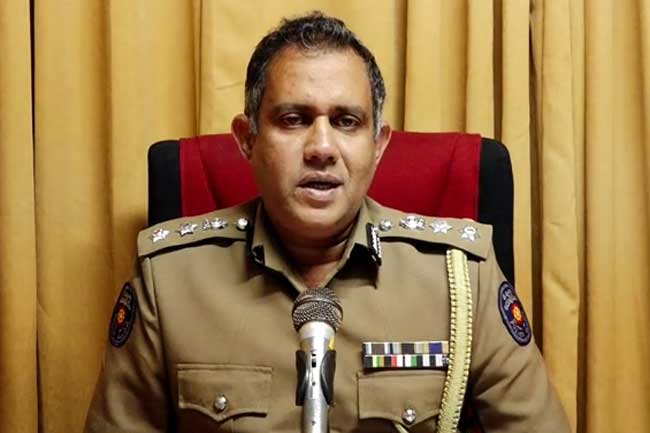 The Special Investigation Unit of the Ministry of Sports has suspended its investigation into the match-fixing allegations concerning the 2011 ICC World Cup final, due to insufficient evidence.

The Police Spokesman SSP Jaliya Senaratne stated that the investigations and evidence recorded thus far have failed to uncover any information regarding any instance of match-fixing and therefore the investigative unit of the Sports Ministry has decided to halt further investigations.

He added that the report on the investigations carried out so far will be presented to the Acting IGP later today (03).

Former Sports Minister Mahindananda Aluthgamage had filed a complaint with the Sports Ministry’s special investigations unit on prevention offences related to sports on May 24, claiming that 2011 ICC World Cup final between India and Sri Lanka had been fixed.

The Police Spokesman said that inquiries were commenced based on that complaint and that investigations had focused on determining as to whether any form of ‘match-fixing’ had actually taken place and if so did it take place with the knowledge of sports authorities.

Based on the information uncovered and the statements recorded from witnesses, a report on the progress of the investigation has been presented, he said.

Accordingly the SIU will no longer summon cricketers past or present to record statements pertaining to the allegations.

The ministry had launched a police investigation after former sports minister Mahindananda Aluthgamage had recently claimed that Sri Lanka ‘sold’ the World Cup 2011 final to ensure a victory for India.

In addition to Aluthgamage, the SIU had recorded statements from former captain Aravinda de Silva, who was the selection committee chief in 2011, Sri Lanka opener Upul Tharanga and former skipper Kumar Sangakkara.

Captain of the Sri Lanka Team at the World Cup 2011 finals, Sangakkara had recorded a statement with the Investigation Unit for nearly 9 hours after being summoned yesterday (03).

Former skipper Mahela Jayawardena had also been summoned to record a statement today, however the SIU had informed the retired cricketer not to arrive today as they would give him another date.

Despite this fact, Jayawardena had arrived at the SIU this morning and spoke to reporters to clear the air with regard to certain media reports claiming that he had opted out of participating in the probe.

The Ministry of Sports launched an investigation into the 2011 World Cup final between Sri Lanka and India, following an allegation made by former Minister of Sports Mahindananda Aluthgamage.

On 18 June, Aluthgamage had stated that the 2011 Cricket World Cup had been fixed.