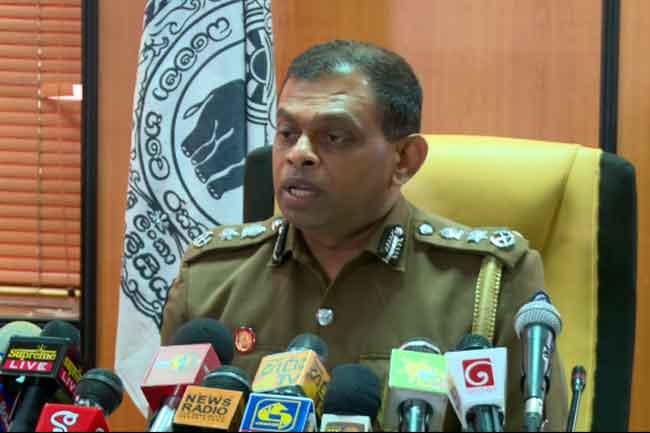 The suspect arrested by Dehiwala Police with more than 1 kg of heroin and Rs 235,000 in cash has been identified as one the agents of the large-scale drug racket run by imprisoned drug trafficker ‘Mervyn Jana’.

Senior DIG, the Western Province Deshabandu Tennakoon stated that the police investigated their bank accounts it was discovered that large sums of money had been deposited to a bank account, which was under the name of a 65-year-old man living in the home of the drug trafficker.

He stated that the owner of the bank account was arrested yesterday and that when they checked his account details, it was uncovered that a around Rs 140 million in total had been deposited into this account during the period between 15-07-2019 and 26-06-2020.

He said that the day after this suspect was arrested a sum of Rs 1.9 million which was remained in the account had been transferred to another account and acting immediately the police had frozen this account.

Tennakoon said that investigations are now ongoing with the assistance of the Criminal Investigations Department (CID) to determine as to where this Rs 140 million ended up and in whose hands.

Parallel to this, another suspect was arrested yesterday in the Werahera area, the Senior DIG said, adding that this individual is a retired bank employee and that he had operated a business similar to a bank branch.

He said that when drug dealers come and handover their money to this suspect, he accepts that money and carries out transaction to necessary bank accounts using the funds in his account.

According to the data from his computer, a sum of around Rs 6.5 million had been transferred to the bank accounts of drug racketeers through his account within a period of a month.

The Senior DIG said that several steps have been taken to bring back criminals from Sri Lanka who are currently overseas and that the members of these criminal gangs will be identified and investigated.