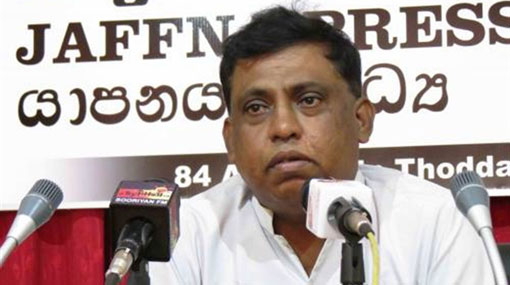 The former parliamentarian had reportedly failed to appear before a court with regard to a case and as a result a warrant had been issued for his arrest.

Shivajilingam had been issued notice to appear before the Point Pedro Magistrate Court with regard to a case filed against the unlawful organising of a  commemoration event in 2018.

However, the former MP had failed to appear before the court with regard to the notice issued and the court had subsequently issued a warrant for his arrest.

He was arrested this morning at his residence and is to be produced before the Point Pedro Magistrate Court later today (05).

Shivajilingam is contesting the upcoming parliamentary election from the Jaffna District as a candidate of the Tamil People’s National Alliance, led by former Northern Province chief minister C.V. Wigneswaran.