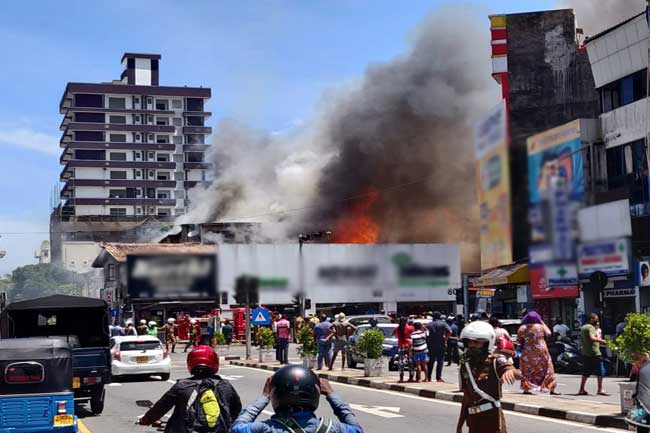 Fire sweeps through row of shops in Wellawatte

A fire has broken out in a row of shops along W.A. de Silva Mawatha in Wellawatte.

The Fire Brigade said that around 10 fire trucks have been dispatched to help douse the flames.

Ada Derana reporter said that fire fighters are currently attempting to extinguish the fire which had spread fast.

Meanwhile the incident has also disrupted traffic along the Galle Road at Wellawatte.

Severe traffic congestion has been reported in the area while motorists traveling through that areas are requested to use alternate routes.