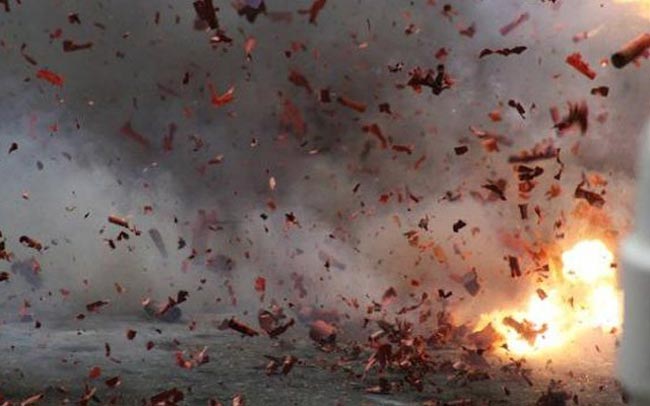 An individual suspected to be an ex-LTTE cadre has sustained critical injuries in an explosion that occurred at a house in Iyakachchi, Palai-Kilinochchi.

Meanwhile, the police have recovered three locally manufactured bombs, banner containing a message on Black Tigers Day commemoration, explosives, and a photograph of an ex-LTTE cadre. A female who serves as a teacher has also been apprehended along with the items, said Palai Police.

On 03 July, a certain explosion had taken place at the home of the aforementioned teacher and her husband had sustained injuries in the incident.

The injured man had been admitted to the Jaffna Hospital being transferred o the Anuradhapura Hospitals for further treatment.

Security forces of Kilinochchi have revealed that the injured person is a former militant of the terror organization LTTE.

The arrested 43-year-old teacher has been serving at a school in Iyakachchi, the Police said.

Security forces have launched investigations into determining the purpose behind the explosives produced by the couple.

The arrested woman will be produced before the Kilinochchi Magistrate’s Court.

Investigations on the matter are carried out by the Palai Police, Bomb Disposal Unit of the Special Task Force (STF), the Terrorist Investigation Division (TID), and the Sri Lanka Army.