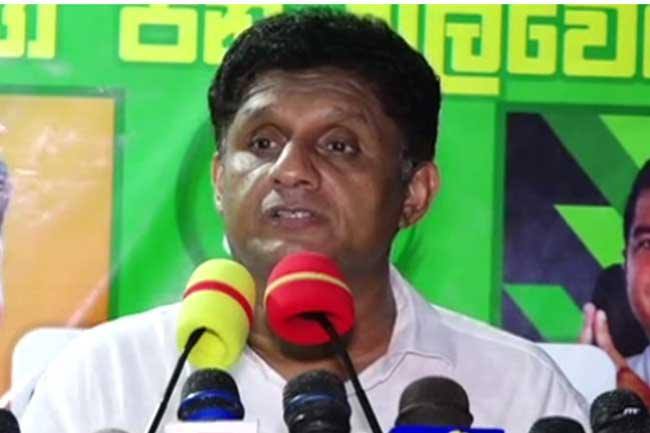 Sajith promises loans with 4% interest for all

Samagi Jana Balawegaya (SJB) Leader Sajith Premadasa says that an SJB government will give loans to all at a concessionary interest rate of 4 percent.

He mentioned this at a public meeting organized by former MP Sujeewa Senasinghe in Hokandara.

Premadasa claimed that the current leadership of the country is weak and that the government is unsuccessful and unable to serve the people.

He added that the current government has no fresh ideas to rebuild the inactive economy of the country.

Further speaking, the former Opposition Leader said that they would create a development force for every electoral division.

As the Prime Minister, he would monitor every electoral division and villages, he added.

Premadasa said that an SJB government will help strengthen the economy by providing loans to all who ask at a concessionary interest of 4 percent.