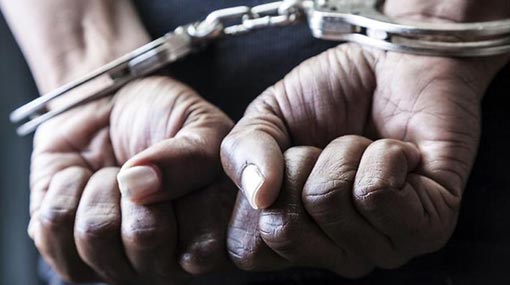 Another close accomplice of the underworld figure ‘Gagana’ has been arrested in a raid carried out in Niyandagala, Pannipitiya.

Upon a search at his house, the officers have seized 2 feet and 2 1/2 feet long sharp weapons, and a cannabis nursery.

Police have taken measures to carry out a preliminary investigation into the assets and bank accounts of the suspect.

Investigations have already been launched into the connections between the suspect and ‘Gagana’.

The arrested suspect is currently interrogated under police custody and will be produced before the court today (07).