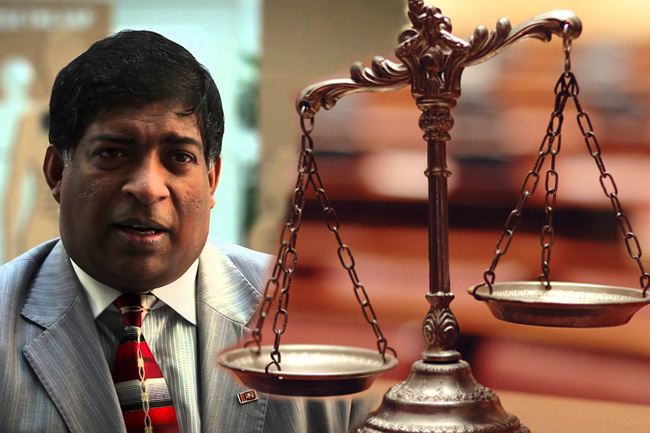 Interim order issued preventing arrest of Ravi and 5 others

The Court of Appeal has issued an interim order preventing the execution of the arrest warrants issued by the Colombo Fort Magistrate’s Court on former Minister Ravi Karunanayake and 5 others over the Central Bank bond scam.

The petitioners had alleged that the Colombo Fort Magistrate issuing arrest warrants on them based on the B report submitted to the bench by the police is against the law and had sought the Appeals Court for a revocation of warrants.

When the petition was taken up for consideration before the judge-bench comprising President of the Court of Appeal A.H.M.D Nawaz, Justices Shiran Gunaratne and Sobitha Rajakaruna today (07), it was ruled that the interim order will be in effect until the hearing of the petition concludes.

Accordingly, yet another order was directed to the Colombo Fort Magistrate to refrain from issuing arrest warrants on Ravi Karunanayake and the other relevant defendants.

However, the three-judge bench noted that the interim order should not in any way hinder the ongoing investigations into the Central Bank bond scam.

The Appeals Court bench decided to issue notices on the respondents of the writ petition and ordered them to file objections within six weeks.

The writ petition was then fixed for support on the 25th of August.