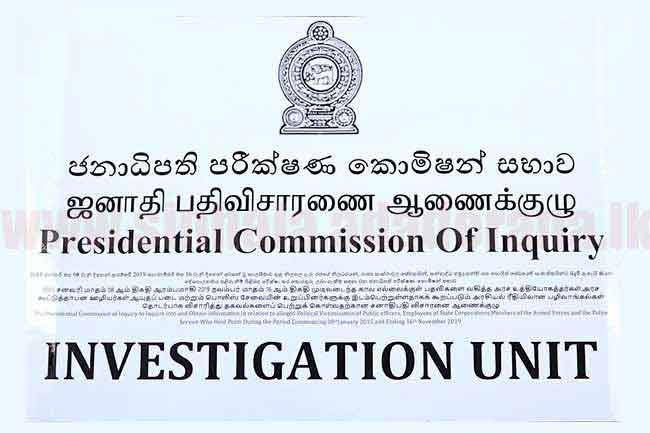 A CD containing voice recordings linking Police Narcotics Bureau (PNB) officers to drug racketeers has been submitted to the Presidential Commission of Inquiry on political victimization.

The Director of PNB had submitted the CD to the Commission yesterday (06).

When evidence was called over the complaint lodged by former Inspector of Police of PNB Neomal Rangajeewa, he disclosed that evidence of connections between PNB officials and drug traffickers.

Accordingly, Rangajeewa had made a request to the Commission to summon the Director of PNB to obtain the evidence.

Upon notification, a CD containing a voice recording of a conversation between a PNB official and drug trafficker was submitted to Commission.