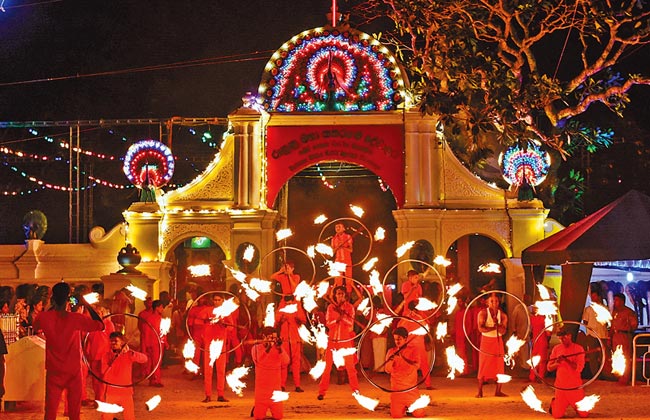 Public not allowed to visit Kataragama during Esala Perahera festival

The general public will not be allowed to watch the Annual Esala Festival of the Kataragama Devalaya this year as a measure to curtail the spread of COVID-19, stated the Department of Government information.

The 2248th Annual Esala Festival of the Kataragama Devalaya, one of the most revered and nationally important cultural festivals of the Sinhalese, Tamil and Muslim people, will commence on July 21 and conclude on August 04 with the Festival of Dlya Kepima at Menik Ganga.

This year’s Esala Festival will be held giving priority to only the religious customs, supporting to control COVID-19 by adhering to the health sector guidelines, announced the Department.

However, the public will not be allowed to participate in religious activities or to watch the Perahera during the entire period of the Perahera festival.

lt has also been decided not to grant permission or necessary facilities for those who travel to Kataragama from the North and the East through the Okanda, Kumana, and Yala National Parks.

The District Secretary Monaragala announces that the public will not be allowed to visit the sacred city of Kataragama within the duration of the Esala Festival.