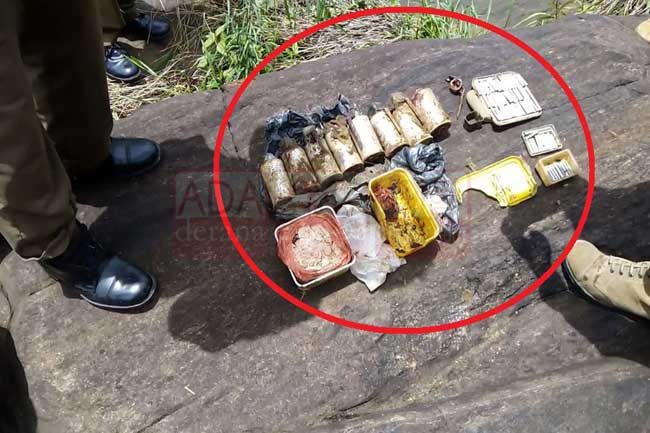 A stash of explosives have been found near the Kotmale Oya in Dambagalla, Mawatura this evening (07), stated Nawalapitiya Police.

A group of youths had come across the stash of explosives hidden in a small cave-in near the Kotmale Oya, stated the OIC of Nawalapitiya Police Chief Inspector K. H. P. Kalugampitiya.

Reportedly, 99 detonators, nearly 1 kg of explosives suspected to be C4, and 08 smoke bombs have been found at the said place.

The 99 detonators had been detonated on the spot by officers of the Kandy Police Special Task Force (STF) over security reasons.

Remaining explosives have been handed over to the Nawalapitiya Police for onward investigations.

Crime Investigation Unit of Nawalapitiya Police suspects that the explosives had been purposely hidden at the cave-in by someone.