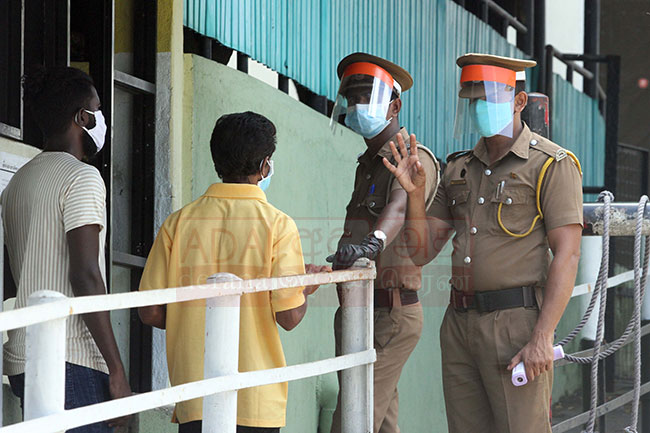 All prisons closed to visitors

The Commissioner General of Prisons Thushara Upuldeniya says that a decision has been taken not to allow any visitors to all the prisons in the country, until further notice.

This comes just a day after the Welikada Prison in Colombo was closed off for visitors due to an inmate at the prison testing positive for Covid-19.

An inmate who had been transferred to the Welikada Prison from the Treatment and Rehabilitation Centre – East in Kandakadu on June 27, had tested positive for the virus, it was confirmed yesterday (07).

Officers and other inmates of the prison have been subjected to PCR testing and the quarantine procedure as a result of this.

A total of 310 individuals – including inmates and prison officers – at the Welikada Prison were directed to PCR testing on Tuesday (07).

The test results of 210 of this group were received this morning (08) and all of them have tested negative for the virus, according to the Commander of Sri Lanka Army Lieutenant General Shavendra Silva.

He said that under the instructions of the President, 186 inmates at the prison were moved to a separate quarantine centre in Punanai supervised by the Army, last night. However, the quarantine procedure of these inmates will be handled by the prison officers, he said.

Meanwhile 07 prison officers attached to the Welikada Prison have also been directed to the quarantine process.