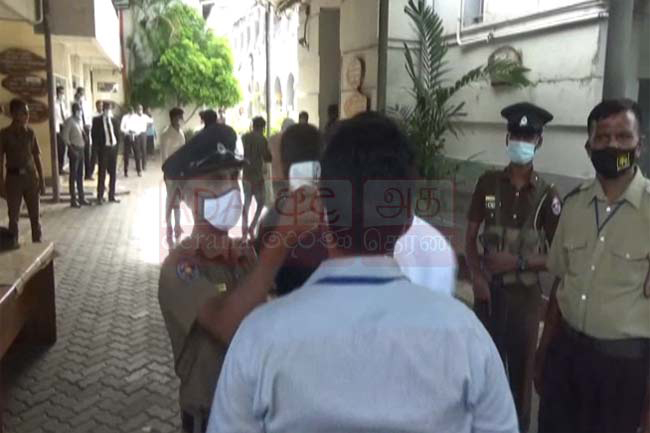 Twelve police officers attached to the Police Narcotics Bureau (PNB), who were arrested over drug dealing charges, have been remanded until the 21st of July.

The order was delivered by the Colombo Chief Magistrate when the suspects were produced before courts today (08).

Police Spokesperson SSP Jaliya Senaratne said a total of 18 PNB officers are currently under arrest for allegedly passing drugs in the custody of the organization to drug dealers.

In addition, several civilians were also arrested over the aforesaid drug racket.