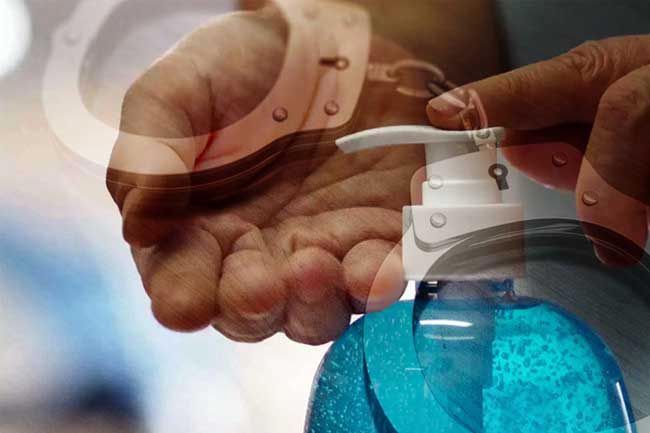 A place that manufactured hand sanitizer using expired chemicals has been raided by the officers of the Consumer Affairs Authority (CAA).

The operation set up in Thalangama had been raided based on a tip-off received by the Western Province intelligence unit.

The officers have found chemicals worth over Rs 50 million has been at the site.

Reportedly, 1,422 500ml bottles, 140 1l bottles, and 17 4l plastic gallons of sanitizer liquid made using chemicals have been recovered at the place.

Police said that a suspect was also arrested in the raid.